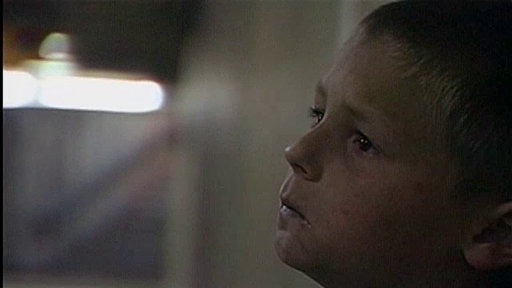 As I look up, the sky is dark, for a mid afternoon this was not a good sign, it meant rain. The day was just beginning and it was already hot and sticky from the humidity. I could feel my shirt peeling off my skin as I walked. The temperature fluctuated so often that I should be used to it by now.

Suddenly and before I can register what is happening the sky starts moving away from me and I lost the horizon I had my sights so firmly on moments before.

When I awake, I’m wet, not from sweat but from the gash on the back of my head, the blood had run down the back of my neck and my already sweaty shirt was now full of dried blood firmly attached to my collar. I slipped on a rock and now I had no idea what was going on or how long I had been out.

However, in that moment my heart is racing. When my vision comes back into focus from my previous blurry reality, I realize I am not where I had fallen at all. I have no idea where I am or how I got here. I roll to my side and find myself on pavement. This is most definitely not, where I had fallen.

‘You’re awake!’ A disembodied voice greets me
‘Where am I?’ I muster the energy to say

It had been about a week since I had a normal meal at this point, I do not even want to think about how badly I needed a shower. Although the outdoors was safer than inside, they were inside, therefore I stayed out.

This reassurance was not enough however. I summon the strength to sit up and look around. My eyes adjust once again to the dark surroundings, it was dark, more so than earlier; it is night and a place I have never seen before.

‘Where am I?’ I think to myself
‘You’re at the camp’ the voice tells me
‘Well that’s useful’ I mutter still not sure if I am hearing things or if this voice is attached to a person
‘I found you when I was out with my mom, we thought you were dead’
‘You should’ve left me’ I say as I frantically search for my backpack

The entirety of my life was in that bag, I hurriedly packed a few pieces of clothing, a few bags of Top Ramen, $20 my father had left out in the bathroom and the only photo I had of my mom at the time. My entire life downsized to one, single, stolen, superman backpack.

My fear is comforted when I see it, I double check to make sure everything is still in it.

‘I’m Ian’ the voice tells me

Just as the voice speaks a child, about my age walks out from behind a barrel. He has seen better days, the dirt on his skin and the creases already etched into his face make him look much older than he really was. The clothing, two sizes too big, was just as worn as mine was. I found comfort in seeing someone just as bad off, if not more so than I was.

He went on to explain.  His Mom and Dad had been having trouble affording a new home when they lost their old one, so they lived out of their car… for now as he would remind me many, many times. Ian loved his Mom, his Father on the other hand, well, he reminded me of my own. Quiet, antisocial, quick-tempered; a man you did not want to anger.

After some idle conversation, a few awkward moments of me trying to figure out how things work, where we were, and getting myself situated, he asks me about my family.

Not really wanting to go into details at that particular moment, I hoped he would not ask too much more.

‘Well my Mom says you can stay with us.’

I loved his Mom as if she was my own. When Ian and I would inevitably get banged up playing on the street we called home, she would bandage me the best she could. They both worked so Ian and I would walk to school together, no one at school outside of the two of us really knew what was going on and the school itself did not care enough to find out. He was in third grade; I was only in second, making me the ‘cool’ one for having a third grade friend.

This was my life with Ian Swartz it was brief, all too brief. Nevertheless, that is where this story starts.

6 responses to “Home with the homeless”

What are your thoughts? Cancel reply

This site uses Akismet to reduce spam. Learn how your comment data is processed.

Raiders of the lost ark…ives